The Metropolitan Asylums Board had been set up to implement and operate a range of services for the inner London area as a poor law organisation. Pressure on the poor law workhouses of the inner london area meant they were struggling to contain and manage all functions within their responsibility and this was highlighted at the time by a series of high profile cases being made public indicating the inadequacies of the system as it stood. The metropolitan asylums board therefore took on the role of managing the care of fever and smallpox as well as imbecility, idiocy and chronic lunacy.

The area of london covered represented developed and developing districts at the time and roughly equate to the present inner London boroughs. As such it was necessary not only for the MAB to co-ordinate activities with their poor law unions but also the county authorities (Surrey, Middlesex, Kent and the City) which covered the area served until the formation of the County of London with the local government act of 1888. As such the MAB was able to receive pauper inmates to their asylums from the poor law guardians but there could also be some transfer between both MAB and county asylums dependent on suitability of cases to institutions. The aim was to concentrate the care of chronic lunatics and trainable (but non curative) idiots and imbeciles at the asylums of the MAB to free space within the county asylums for more curable lunatic cases and removed chronic occupants who would not benefit.

The MAB commenced their operations with a small network of fever and smallpox hospitals sited around the London area at Stockwell, Homerton and Hampstead constructed between 1868-1870 and concurrently two imbecile asylum complexes were built at Leavesden and Caterham serving the north and south accordingly. First to open was the Hampstead fever hospital in largely temporary structures to cope with an outbreak of relapsing fever in January 1870. This was followed by Leavesden Asylum on 27th September with Caterham opening on 9th October. The remaining Stockwell and Homerton hospitals which combined fever and smallpox units followed late January and late February 1871 respectively. Caterham and Leavesden asylums were both constructed by the architectural firm of John Giles and Biven, who were also responsible for the Leavesden Industrial School and Highgate Infirmary premises of the St. Pancras Board of Guardians around the same time. The practice eventually evolved into that of John Giles and Gough, later John Giles, Gough and Trollope who designed numerous local authority and poor law institutions throughout England and Wales. Both institutions were intended to be more or less identical for both speed and economy and differed only in minor details and site requirements.

The buildings at Caterham were orientated with the services on an east-west axis as opposed to those at Leavesden which were north-south. Both institutions allowed space for expansion and in line with county asylums allowed greater capacity for female inmates. The blocks themselves followed the pavilion plan principles which were strongly advocated by the MAB and its founders to aid passage of light and ventilation which were understood to help to avoid cross infection. At both imbecile institutions this took the form of three storey blocks on either side of the central services and linked by parallel spine corridors running the length of the building. This enabled the huge buildings to remain relatively contained reducing the required land take whilst enabling segregation and classification of inmates and providing airing courts for outdoor exercise space between the ward blocks. The first wards on each side, benefitting from the best aspects were reserved for 60 infirmary cases, where the preferred positioning was considered beneficial, whereas the other wards had limited views due to the proximity of adjacent blocks. Each main ward block was arranged for the accommodation of 160 patients over three floors, incorporating day rooms, dormitories, pantries and sanitary facilities.

By 1873 it was already proving necessary to supplement the accommodation at Caterham with a further female ward block added. Two more wards were added 1875-6 (one male and one female). By this time it was considered necessary to exclude the reception of children from both asylums which despite significant expansions were still lacking space and the Hampstead fever hospital was used for their accommodation whilst premises were being planned and built at Darenth. When required for a fever outbreak the children were subsequently relocated to Clapton where the former London Orphan Asylum had been vacated after moving to Watford. The children were transferred to the Darenth Schools when they opened in 1878. The Middlesex County Asylum at Banstead was opened in 1877 as a means of providing its own accommodation for chronic incurable lunatic to enable receipt of acute admissions at its institutions at Colney Hatch and Hanwell whilst relieving demand on space at the MAB institutions although the growth of the London area and its population continued apace outstripping the resources being provided. The Banstead Asylum was intentionally planned to copy the design of the MAB institutions as a tried and tested means of accommodating this type of patient. As late as 1907 the Lancashire asylums board produced designs for their Winwick and Whalley Asylums still broadly based on these designs. The creation of County Councils and the County of London did not directly affect the running of Caterham or the MAB as such but brought the London authorty boundaries closer in line with those of the MAB. This necessitated major reorganisations between London, Surrey and Middlesex asylums but the MAB maintained control of each of its asylums.

By the turn of the century, the MAB asylum were accommodating approximately 2,000 inmates at each site and moves were made to extend capacity with a further 1,100 bed asylum for infirm sick, frail and infirm inmates as well as the senile elderly at Tooting, this opened in 1903. Once again the dual pavilion design was used, and subjected to further expansion to bring capacity to 2,000 in line with the other asylum sites.. At Caterham, the site developed to include a separate isolation block and staff residences including a nurse’s home. Fire escapes and distinctive cross bridges were constructed between the ward blocks to facilitate movement of inmates.

With the abolition of the poor law unions in 1930 the legal basis on which the MAB existed, ceased and the responsibility for its constituent institutions which were by this time numerous and covered a range of medical and mental conditions were passed to the London County Council. The LCC already operated The Manor Mental Hospital at Epsom and Farmfield Institution at Horley as certified institutions for Mental Defectives in line with the 1913 Act and added the MAB mental deficiency institutions at Leavesden, Caterham, Darenth, Tooting Bec as well as The Fountain Hospital, Tooting and the South Side Home, Clapham. Plans by the LCC to reorganise and modernise the service for mental defectives was delayed by the need to adapt the general hospitals inherited from the poor law unions and then further so by the outbreak of World War II. Most of the LCC mental deficiency institutions survived the war reasonably unscathed in comparison with the inner London Institutions due to their distance from Central London despite their obvious barrack like appearance, although damage occurred at Caterham in 1940 when the main building was bombed also killing a member of staff, another incident put the sewerage system out of action.

With the return of peace, the LCC asylums were incorporated into the National Health service and Caterham (which had become St. Lawrence’s Hospital in 1941), became part of the South West Metropolitan (later South West Thames) region along with The Manor Hospital. Admissions cotinued predominantly from the south and southwest of London with Darenth Park taking on the South East Metropolitan Region. St. Lawrence’s still had numerous patients sent from geographically distant locations, not returned to their areas of origin including many from the Hackney, north of the River Thames. Various recreational facilities were added at the hospital to improve conditions for the residents on site but the vast, unwieldy scale of the wards and institution as a whole proved prohibitively costly to update. Visitors were also difficult to attract given the remoteness of the hospital and not eased by the punishing walk from Caterham Station located in the valley below.

The environment of St. Lawrence’s and other mental handicap hospitals of similar age compared badly with most of the smaller units and eventually journalists and broadcasters took an interest in the hospital to improve the plight of the residents.The story of Joey Deacon, a profoundly disabled patient who was able with assistance of his friends on male ward C1, was able to produce his autobiography became known to many viewers through Blue Peter which eventually led to purpose built bungalows being developed for residents within the south of the grounds. A more negative image of the hospitals male ward D1 was presented along with Borocourt hospital on the documentary ‘Silent Minority’ identifying the scant and impersonal nature of the wards, deficiencies in nursing care and staffing ratios for profoundly disabled patients. The hospital management had sanctioned the program in the hope that public awareness of the extent of the problem might bring about change for the institution.

The combination of relocating long stay patients to group homes and care facilities, with changes to models of care resulting in the avoidance of admitting new potential long stay patients brought about a fall in bed capacity and wards were closed. The upper floors and outlying and older wards being vacated first, and the buildings already vast and forbidding in appearance presented a grim aspect to visitors with flaking paint and dirty grey render applied before the NHS was created covering the original brickwork. The South West Thames Regional Health Authority considered closure of the hospital a priority and the main building was finally closed in 1994. Subsidiary services continued to the south of the site in a three storey wing constructed for nurse’s accommodation, the former isolation hospital and some of the later blocks including the ‘Blue Peter’ bungalows. This complex was known as Oaklands House to distance its association from St. Lawrence’s.

The main hospital building was completely demolished following closure and the site redeveloped for housing. Other than a section of railings facing Coulsdon Road and the former Chaplain’s residence, no structures remain and an estate covers the site. The south area of the site, later occupied by the Oaklands House complex survived in NHS use until 2012 when it was also sold for housing development and subsequently cleared. One bungalow from the complex remains adjacent to Chaldon Road. The hospital burial ground, largely neglected since closure has since been passed to Chaldon Parish Council management and a series of working parties involving the local community have helped to locate surviving memorials and aim to make the site accessible whilst promoting wildlife. 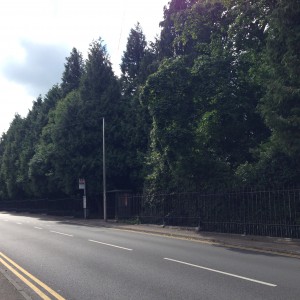 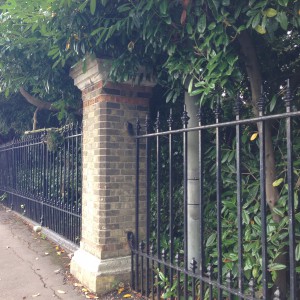 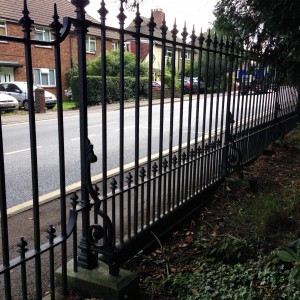 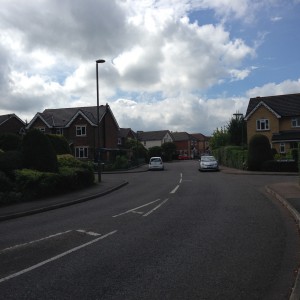 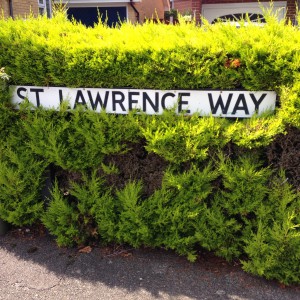 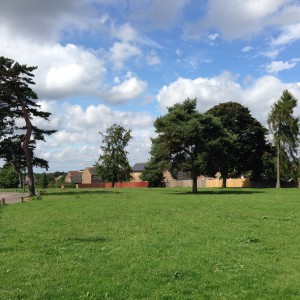 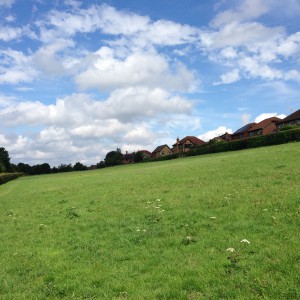 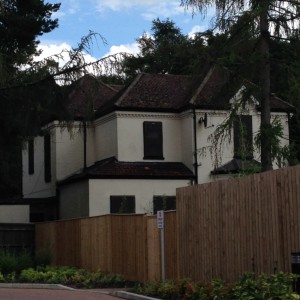 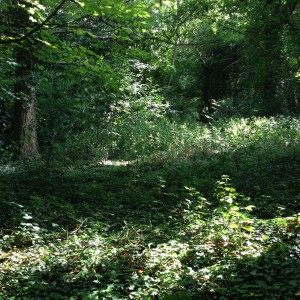