With Warwickshire’s 6 private madhouses offering appalling standards of “care”, following the 1845 County Asylums Act, the establishment of the Warwick County Asylum was considered to be urgent, and the building was completed with the first patients moving in on 30th June 1852.

The first Medical Superintendent was Dr William Henry Parsey who would go on to become President of the Medico Psychological Association by 1876.

An “idiot” block (later renamed Highfield) built at the same time as the main asylum had room for 200 young patients plus space for staff accommodation.

An isolation hospital (Leigh House) was added in 1891 but only briefly used for this purpose – it quickly became a standard female ward but in 1904 an extra floor was added, the gardens landscaped, and the whole building converted into rooms for private (fee-paying) patients – although most of these would still not be permitted single rooms and would have to settle for a dormitory-style ward. Being a private patient meant privileges such as tea, sugar, biscuits and cakes, and perks like butter instead of margarine. Other bonuses were access to newspapers and magazines and permission to wear their own clothes, rather than the hospital-issue fatigues.

As well as the name change to “Central Hospital”, the transfer into NHS ownership of the whole asylum in 1948 saw an end to divisions of fee-paying or non-fee-paying patients and by the time of closure, Leigh House was mainly used to house staff, and for the treatment of those prone to substance misuse.

As with all County Asylums, patient populations at Central had peaked by the 1950’s, with reaching an unbearable 1,600 which, even with its numerous additional buildings saw as many as 90 patients crammed into a single ward intended for half that number. Many had to make do with their beds laid out in areas such as the verandas, which were never intended for bed-space – tarpaulins and buckets employed to catch any leaks as well as the condensation of 90 sleeping bodies, dripping down from the glass roofs. This pressure on Central would not be significantly relieved until pleas from Warwickshire MP’s to the Health Minister lead to the building of the Walsgrave Psychiatric Hospital in Coventry in 1973.

Central pioneered the safe administration of liquid medicines for patients, and was regularly visited by doctors and pharmacists from around the world, wishing to take a look at their purpose-built dispensing systems.

The ironwork, leather and woodwork produced by male patients was good enough to secure numerous contracts with local businesses and individuals over the years, and graces many local and national buildings and interiors, and similarly successful were the rugs, fabrics, toys, wicker and household items produced by female patients. In the 1960’s, changing attitudes to what was seen by some as exploitation of patient labour lead to the closure of all these departments, which at Central as everywhere else, was a massive blow to the asylum’s ability to remain self-sufficient, as well as a loss of what was, for many patients, an enjoyable, productive and therapeutic pastime. Central became among the first to pioneer the introduction of art therapy to go some way towards filling the gap left by this rapid downturn in constructive activity for patients. Nuffield House was built on part of the asylum grounds in 1964 as a rehabilitation unit which would foretell much of the form that residential mental health care in Britain would take almost universally from the 1980’s onwards. It was a small modern housing unit, furnished much like any other contemporary suburban home, appearing little different to any such dwelling from the outside, and intended for just a handful of patients with a view to their reintroduction and/or re-accommodation within society. The patients would learn, under close supervision by staff, the skills needed to rejoin life outside the asylum, and this supervision would gradually recede until the patient was living in a far more independent manner than could ever have been practically taught within the confines and regimes of the main building. Outpatient hospitals for Warwickshire had been established in Coventry & Leamington back in the 1930’s, and such institutions would continue to monitor and assist former asylum patients when they returned to whatever kind of community may be waiting for them.

Wards at Central were gradually emptied during the late 1980’s and early 1990’s, without taking on new patients, in keeping with NHS plans to close most large psychiatric hospitals. Some disused wards were converted into the Warwickshire College of Nursing, others an Ambulance Training Centre.

On the 10th June 1995, the last remaining residential patients were transferred to the “bright new wards” four miles away at St.Michael’s Hospital, Warwick, with the rest distributed among various community facilities, and the building closed its doors as an asylum for good.

Lord Leigh had originally bought the land for the Warwick County Asylum from the Earl of Warwick in 1846, and bequeathed it for the building of the asylum on condition that should the land ever cease to be used for that purpose, it would revert back to being the property of the Leigh family estate. However, since the family did not contest ownership when the land was transferred to the NHS in 1948, they had no claim when they finally attempted to do so in 1995 upon the asylum’s final closure, and as with a great many other asylum and hospital sites across the UK, land, property and other assets given with benevolent intention was simply sold off quickly and cheaply to balance the NHS’s activities in other areas.

Many of the smaller or newer outlying buildings were demolished, but the main building remains largely intact, as does the Superintendent’s residence, isolation hospitals, lodge, main farm residences and some of the workshops, now all converted to “Hatton Park” housing complex.

The two bells from the tower, used for 115 years to mark significant points during the day, or to call the Superintendent out at night to settle some commotion or other (and put out of service by an electronic system in 1967), are now in the pagoda-styled outhouse in the grounds of St.Michael’s Hospital, Warwick. 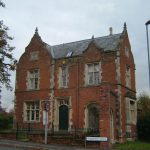 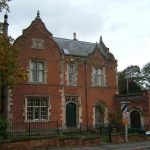 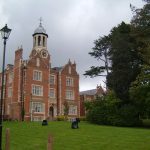 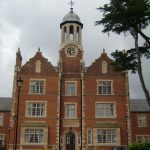 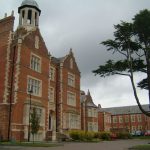 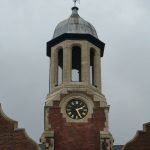 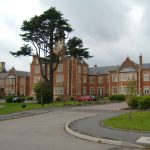 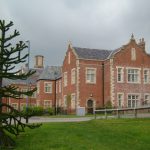 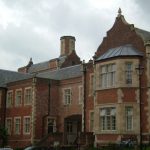 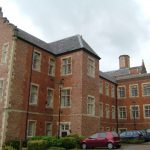 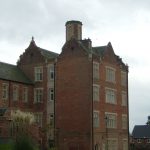 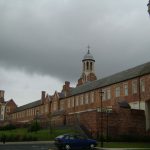 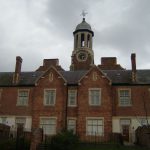 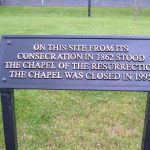 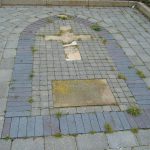 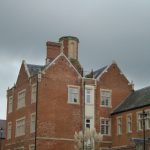 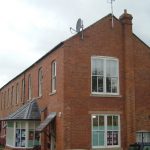 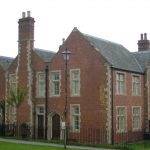 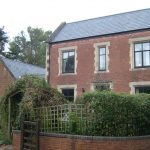 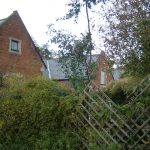 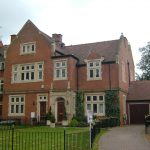 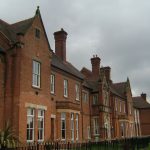 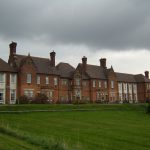 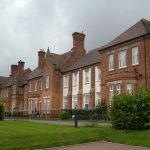 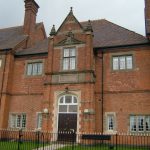 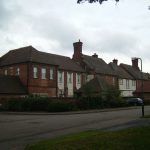