Despite early plans to provide a lunatic asylum for Cumberland, both that county and neighbouring Westmorland became the last to provide an asylum to comply with the 1845 act. Although a site had been purchased previously, it was later deemed unsuitable and resold in favour of the Garlands estate near Carleton. The two counties united for the construction of the asylum, funded according to the anticipated share of accommodation each county needed. J.A. Cory, the county architect designed an asylum for 200 inmates following a plan created in 1853 by Thomas Worthington. This had originally been prepared for a separate scheme for a location near Manchester which was not implemented. The main building was comprised of a administrative block incorporating medical officer’s accomodation, kitchen, laundry, centrally sited water tower and other essential services, three storey accommodation blocks with a south west aspect, integral chapel and dining halls and a lodge was located on the main entrance drive to the west. The buildings were constructed in red brick with shallow-pitched slate roofs, with principal buildings bearing distinctive polychromatic banding.

Alterations and additions during the 1870s led to the construction of a detached chapel, opened in 1875, capable of seating 400 persons, followed by a mortuary chapel nearby. A residence for the Superintendent was provided in 1878, to the east of the main building. Further additions included two large chronic blocks located either side of the administrative building completed in 1883. The original estate farm was replaced by new facilities in 1888 and a new gas works and water pumping station were built to the north of the main drive in 1888 to provide for the asylum. Further inmate accommodation was added in 1896-7 with the construction of an isolation hospital and two villas for male and female private patients, named Cumberland and Westmorland houses respectively. In 1905 the main building was extended two projecting blocks for a total of 150 patients, linked by long corridors to the south facade and incorporating new recreation and dining halls. A new lodge and staff housing were added on the service drive during the 1920’s. The superintendents residence was later altered and extended to form a nurse’s home.

Plans for the development of an admissions hospital were shelved during World War II, finally being implemented under the NHS and completed in 1962. This area later developed as the Carleton clinic and with the closure of the main building during the 1990’s became the focus of remaining services on the Garlands site. With the relocation of the final wards to new premises, the remainder of Garlands hospital was redesignated under Carlton clinic name.

Following closure of the main building, much of the area to the east of the site was sold for housing development which occupies the sites of the waterworks, gasworks, adjacent farmland to the north and original patient’s blocks. The lodge, administration block, chapel, mortuary, estates buildings and 1905 blocks have survived and are now converted to form private housing. The site to the east of the main buildings, north and south of the service drive still forms part of the Carleton clinic mental health service premises and incorporate the private villas, admission hospital, east lodge and staff housing. The former superintendent’s residence and isolation hospital are currently empty and disused. New health service buildings have been erected to the north-west of the admission hospital. 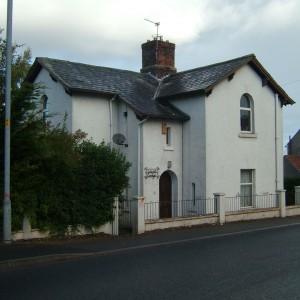 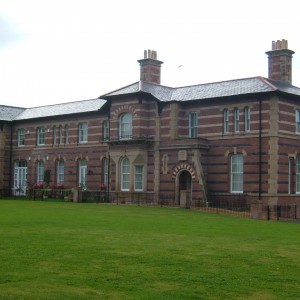 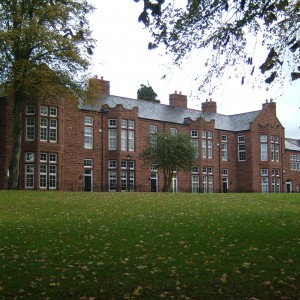 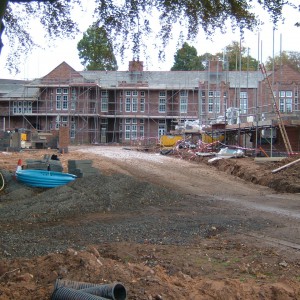 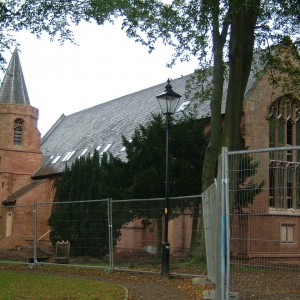 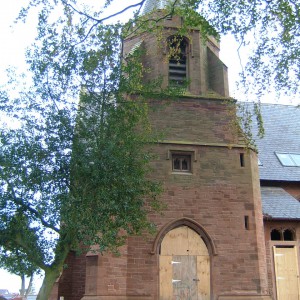 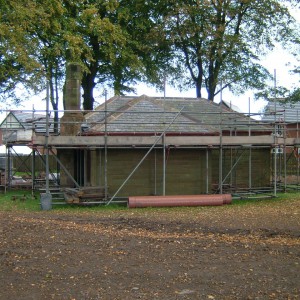 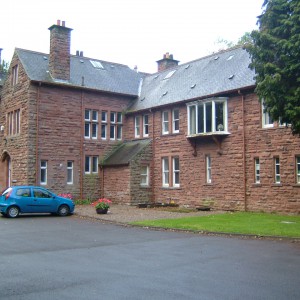 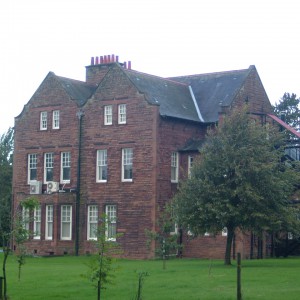 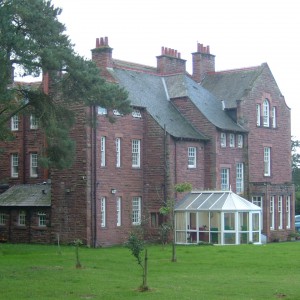 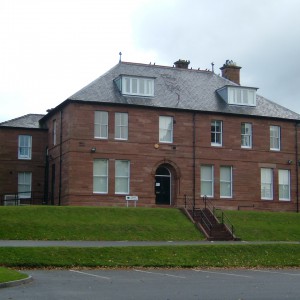 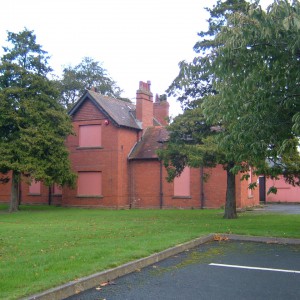 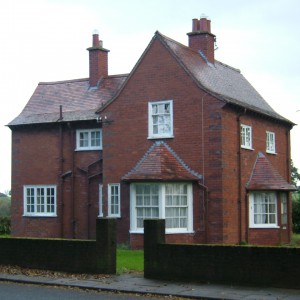 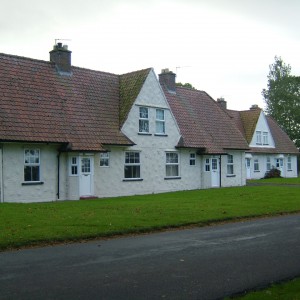 Views of front (top) and rear (bottom) elevations as planned by Thomas Worthington. Aerial view of hospital site with main building to left middleground and the carleton clinic to right foreground.