Plans for a Derby County Asylum began in 1844, just before the County Asylums Act of 1845 would make the building of an asylum madatory, with the selection of a Committee to oversee the project.

A 70 acre site just outside the Derbyshire village of Mickleover was selected for a building with 360 beds for pauper lunatics, and after the submission of various designs, and some unwise back-tracking on projected patient numbers forced by the Lunacy Commission, who also objected to the “unnecessary ornamentation” of the plans, Henry Duesbury’s design for a 300-capacity asylum was accepted from an unusually large number of submissions (around 80), with building work beginning in Spring 1848. Duesbury had beaten bids by more established asylum designers (such as William Moffat) but had more ties to Derbyshire, having completed the Derby Guild Hall buildings in 1842.

Although not fully completed until 1853, the first patient, Jabez Jackson, was admitted from the grim Derby Union Workhouse on 21st August 1851, into an asylum whose first Superintendent, Dr John Hitchman, adopted the humane treatment model which he would have used in his previous role as Superintendent of the female side of the Middlesex County Asylum (aka Hanwell/St Bernard’s) where the model was already being practiced. Patients at Pastures were to enjoy a more humane, open and self-determinate regime than many asylums had adopted at this early stage. Indeed, Dr John Connelly, the widely influential Superintendent of Hanwell had advised the Derbyshire Committee on the designs and cited the building as the first example of a County Asylum having been “in almost every material point accordant with the principles maintained” in his seminal book which covered the subject in microscopic detail.

Pastures was built in a Jacobean style from red brick with blue Staffordshire brick and stone detailing, to a corridor plan with ward wings extending at right-angles behind the main façade. The admin block contained a room for the Superintendent and other officers, as well as private meeting rooms, visiting rooms, and a larger Committee meeting room. Initially, there were 12 wards with six each for male and female patients. A chapel for 200 sat to the rear of admin block, and a recreation hall (among the first at a UK asylum) extended on the upper floor over the kitchens and other domestic areas (scullery, dairy, larder, etc.) below. A large clock-tower rose above this, to be seen from all areas of the asylum, and there were four ornate water towers, two for soft and two for hard water.

One of Duesbury’s innovations was to provide corridors which ran behind and around all wards areas, enabling staff to move around the asylum without having to tramp directly through the wards. These corridors were accessed via partly-concealed wooden partitions in the walls, which also allowed the patients some privacy from those moving around the asylum.

Pastures was ahead of its time in terms of the integration of patients into the wider community, and as the asylum was a significant boon to the village of Mickleover, providing much work and social activity for the following century and a half, patients too became unusually involved in village life from a very early stage. While integration into the wider surrounding community became much more common at most asylums during the later 20th Century, Pastures’ patient were encouraged from the ouset to take bible study and worship in the local churches and become involved in local sport and recreational activities. Dr Hitchman was to become skilled in animal husbandry, and founded the Derbyshire Agricultural Show alongside local farmers and land-owners. During the summer, patients were taken to concerts at Derby Arboretum, and an annual picnic to Matlock Baths.

As we see with every County Asylum, initial patient projections were not sufficient for the rapidly-increasing population, and between 1854 and 1875, three sets of extensions were made, adding new wards to the building. In 1869, a new detached chapel was built, along with a small new boiler house to heat it, and the space in the old chapel was knocked-through to enlarge the recreation hall. A new sepaerate water tower was built in 1879, with a fire engine located beneath it.

When Derby Borough needed to build its own asylum (its patients having formerly been boarded out to Pastures and The Towers, among other such institutions), there were plans to merge with Pastures, which would have seen the building enlarged by around a third, but the plans were eventually abandoned, and Derby Borough would go on to build its own asylum, Kingsway, in 1888.

New wards were added in 1895, and yet more in 1905, doubling the building’s patient capacity to around 600, and in 1918, the site became formally re-titled Derby County Mental Hospital.

During the 1930’s, insulin, ECT , narcosis therapy and hydrotherapy were introduced, and Pastures was among only a handful of asylums to begin unlocking the doors to wards before it was nationwide policy, beginning the practice as early as 1953. Television sets were also introduced to wards during the 1950s. With the introduction of the NHS in 1948, the name was changed again to Pastures Hospital. Another 8 wards were added in 1940, and Pastures reached its peak patient population of 1,413 in 1947.

The ornate water towers and clock were taken down in the 1960’s, giving the building a less grandiose presence, and the Pastures was wound down throughout the 1980’s in keeping with national plans to close all the old asylums and provide “Care in the Community”, finally closing in 1994. The main 1851 building and chapel were retained and converted to luxury housing, with extensions, annexes and outbuildings mostly demolished. 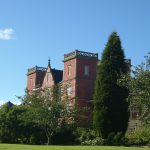 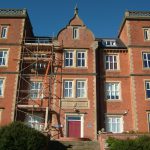 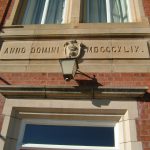 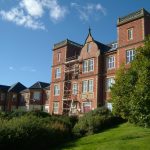 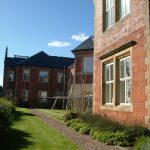 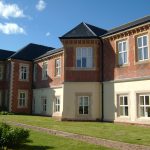 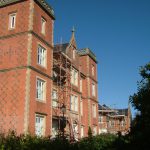 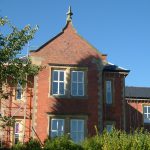 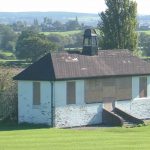 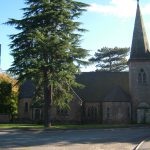 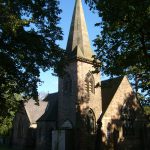 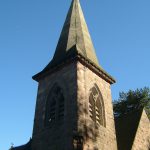 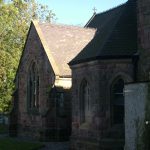 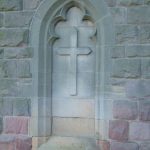