The county and city of Nottingham were the first of any local authorities in the UK to offer asylum provision for their pauper lunatics, opening some 3 months before the Bedford Asylum both in 1812.

Nottingham’s asylum at Sneinton has its background extending back over 20 years prior to the opening with the first manoeuvres being made to collect charitable subscription for an asylum. The recently erected Nottingham General Hospital was not prepared to provide services for lunatics so the development of a sister institution for such individuals was considered and funds collected for the purpose, tirelessly spearheaded by local dignitaries most significant of which were Dr. John Storer and the Reverend J.T, Belcher of Southwell. Fund raising commenced as early as 1789 and at this time and for many years thereafter the county and borough were to form little part of the arrangement until the passing of ‘Wynn’s act’ of 1808, a piece of permissive legislation enabling such authorities to use the rates to provide asylum accommodation for it’s pauper lunatics. The opportunity arose for the authorities to put a proposition before the subscribers for the joint management of the institution which at that point was considered to be mutually beneficial and agreed. The subscribers maintained a majority representation on the committee in line with their not inconsiderable funding and the city and county each were able to provide a scheme, already somewhat advanced and cheap to the taxpayer. The subscribers were keen to obtain financial input to commence building and were also able to rely on ongoing funding from the authorities towards the running and upkeep of the asylum in proportion to their shares. The Duke of Newcastle accepted the role of president and over half of the 32 person committee was formed of subscribers numbering 17 in total, the County and city represented by 12 and 3 each respectively.

A site was selected to the east of the city, south of the road to Carlton within the area of Sneinton. The ground rose steeply from the Carlton Road frontage to Windmill Hill (now Windmill Lane) in the south. The architect chosen was Richard Ingleman of Southwell who had designed the new House of Correction there and whose later works would include the Lincoln Asylum (later The Lawn) and the Gaol at Devizes,Wiltshire. With no precedents in terms of local authority asylums, advice was sought from existing public subscription asylums which included the York, Manchester, Liverpool, Exeter (Bowhill House) and Brislington House Asylum at Bristol for the construction an management of the Nottingham institution. The building’s foundation stone was laid on 31st May 1810 and was formed of a linear design with separate accommodation for convalescent and incurable patients. Accommodation for 80 patients of all classes was provided over four storeys including a basement level. A sweeping carriage drive approached the site from the Carlton Road to the north, with the central administrative section and main entrance accessed via a double flight of steps. Thomas Morris and his wife were employed as Director and Matron respectively and the asylum opened officially, albeit incomplete on 11th October 1811. Morris, previously qualified as an apothecary, prepared for his role by taking time to visit The Retreat in York, to experience first hand the revolutionary recommendations of Samuel Tuke, in order to replicate such practice at Nottingham.

From the first admissions of inmates in February 1812, the institution struggled to attract sufficient inmates and took many from surrounding counties in order to operate the asylum economically. Soon however the small capacity was to provide a problem for the committee as the 1808 act had stipulated that each parish should send lunatics of any type to the asylum without regard to congenital imbecility, chronicity or curability and the wards were soon filled with incurable and refractory cases from relatives and workhouses which limited the ability to treat those with acute illness. Staffing levels and the use of restraint were called into question in december 1816 with the tragic killing of two men in as many days by other inmates which resulted in the increase in the number of keepers from 4 to six. An additional 2 wards were opened in 1829 for 40 more inmates, half for each sex to relieve pressure for space although admission processes had already been amended by this time to avoid unnecessary untreatable inmates, with limited success. By 1843 further additions were required to the buildings which were to include hospital wards for sick patients, a brewhouse, basement heating and a reservoir for fire fighting.

The issue of restraint once again reappeared under the Directorship of Thomas Powell who had taken over from Morris in 1827. As a prominent asylum superintendent at this time he was pushed into the fore in a developing argument between Drs. Gardiner Hilll and Charlesworth of Lincoln Asylum against some of their opponents there over the implementation of a policy of non-restraint which they had been advocating in line with that applied at The Retreat and by John Conolly at Hanwell. As the argument drew in others in asylum authority a bitter disagreement broke out between the protagonists and Dr. Corsellis at Wakefield Asylum, eventually resulting in the Nottingham management, including Powell being coerced into adopting a policy of non-restraint in line with neighbouring Lincoln.

Demand for surrounding space at Sneinton was to be a problem which was to plague the asylum for the remainder of its existence, hampering the potential to expand the structure. Little consideration had been made in 1808 for the prospect of major expansion being necessary and subsequent construction surrounding the site would gradually encircle the asylum estate. A solution, albeit temporary to space was for the voluntary subscribers to leave the union in 1855 and establish their own institution, taking their existing patients with them, by which time the joint population had exceeded 250. The new Coppice Lunatic Hospital was opened in 1859 and the vacated accommodation was taken on by the City and County authorities.

The reprieve brought by the transfer of subscription patients lasted almost 20 years before another solution was sought, requiring the growing Nottingham Corporation which was to expand to include Radford, to develop separate facilities. The remaining union was abolished in 1874 with the Nottingham Corporation purchasing a site at Mapperley Top where the new asylum was constructed. The Nottingham inmates were transferred to the Mapperley Asylum in 1880 after a delay of 2 years brought about by the collapse of the building contractor.

At Sneinton, some developments continued with a new Superintendent’s residence constructed on Windmill Hill in the 1870s. Two new wings and two detached blocks for sick and epileptic inmates of each sex were to be the last significant additions to the site and from then on Sneinton Asylums days were numbered. The County of Nottingham had been criticised heavily by the Commissioners in Lunacy over the condition and quality of the asylum premises and it was soon inevitable that a new institution would need to be developed. Nottingham had not been the first to replace it’s asylum buildings for Bedford asylum had been relocated in 1860, Kingston upon Hull in 1883 and Dorset in 1895. A new site was located in open farmland near to Radcliffe on Trent and construction commenced in 1899 under Superintendent Alfred Aplin. Dr.Aplin would not see his new institution complete, as he died in post in 1901.

With the opening of the Radcliffe Asylum site in July 1902, the end of Sneinton came with the transfer of the last patients and functions to the new complex and the Sneinton Asylum closed after just over 90 years.

After closure the majority of the buildings were demolished and laid out as a public recreation area named King Edward’s Park. A section of the main building containing three bays of the original structure and later extension adjacent to Dakeyne Street was retained. From 1907 this became the Dakeyne Street Lad’s Club (2nd Nottingham Company Boys Brigade), later renamed the Oliver Hind Boy’s Club after it’s founder until it moved to Edale Road, Sneinton Vale in 1970 and the final section was also demolished. The site of the main asylum building and surrounding grounds remains accessible as part of the park although only a pillar on Dakeyne Street remains of the original asylum structures.The superintendent’s residence at 99 Windmill Lane survived until the mid 1950’s when it was replaced by the Queen Adelaide Public House. 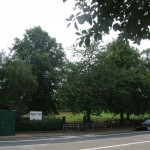 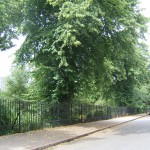 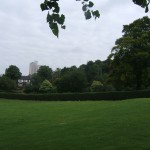 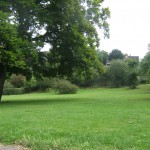 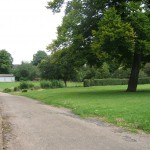 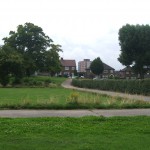 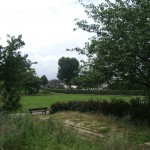 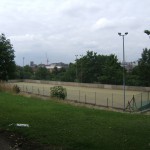 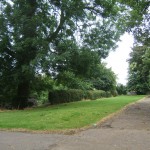 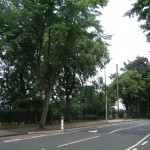