The origins of the Suffolk County Asylum lie as far back as 1764 when the Hundreds of Loes and Wilford with their respective parishes formed an incorporation to provide a House of Industry for the poor of the area. The house of Industry formed a precursor to the Union Workhouses of the 19th Century. Suffolk consisted of 21 Hundreds, of which Loes Hundred consisted of 18 parishes, which included Woodbridge and Framlingham, whilst Wilford comprised 17 parishes including Melton and Ufford between which the new structure was to be situated. The House of Industry had proven expensive to construct costing over £9,000 and was also to prove expensive to support on the parish rates.

The property, which comprised a sizeable H-shaped block was considered lavish at the time and covered two floors with segregation by gender to each wing. The central section contained a large property for the occupation of the master and provided space for administrative functions. By the 1820’s the Hundreds and heir parishes began to look to disband the House of Industry. The perceived benefits of the complex should have eased rather than burdened the ratepayer but this was not the case and moves were made in legislation to abolish the establishment. The Loes and Wilford Poor Relief act was created in 1826 forming the legal means of closing the House of Industry and disposal of property, which gave power for the trustrees to demolish the institution and sell the land. By 1835 the new Woodbridge Union had been formed consisting of much of the area of the Loes and Wilford Hundreds combined with the neighbouring Colneis and Carlford hundred Incorporation and using the latter’s premises for their workhouse.

Demolition of the House of Industry did not prove necessary as in 1827 approaches were made by the County of Suffolk to purchase the property for the purposes of providing a lunatic asylum. The building underwent modification to its new use and opened in 1829. St. Luke’s and Bethlem were consulted for advice on the plans and the latter institutions former apothecary and superintendent George Wallett who assisted in the design of the layout and adaptions at the asylum and was to become, albeit briefly the first Superintendent there. Wallett soon left under something of a cloud in 1831, the justices not being entirely satisfied with his administration and he succeeded in obtaining a new position in 1832 at the newly opened Forston House Asylum opened by the County of Dorset, who had also been advised by Wallett on it’s design and adaptation.

The Suffolk Justices were keen to minimise costs in both developing and operating their asylum, demonstrated by their economic use of an existing building and its adaptation. The neighbouring county of Norfolk had opened their asylum in 1814 and in order to subsidise the cost had previously advertised in Suffolk for the removal of pauper lunatics to their Thorpe Asylum. Such inmates could be kept at Thorpe at higher rates than chargeable to their own parishes and Suffolk was always keen to avoid such unnecessary expenditure, aiming to limit costs wherever possible. A level of competition to this extent developed by both Norfolk and Suffolk Justices resulted in both asylums frequently striving to undercut each other’s running costs, frequently limiting the number of attendant’s and the inmate’s dietary intake to harmful levels and fostering a discrete animosity between both institutions which persisted into the 20th Century.

The justices employed a new Superintendent, John Kirkman from 1832, a role he would continue to hold until 1876. Kirkman often successfully challenged the strive for economy he so often found damaging to his institution whilst demonstrating how the asylum could still be run efficiently and effectively. He was also an early advocate of non-restraint, moral treatments of the era of Connolly others, improving the lot of the inmates as a whole.

By 1844 additions to the asylum became necessary and the architectural practice of Scott and Moffatt was engaged to remodel and extend the existing building. The window openings were modified and both wings extended further to the rear, internal arrangements and service areas were modified. Further additions in 1862 provided a detached chapel, sited within the asylum burial ground.

To this time the increase in size of the asylum had been somewhat limited. Suffolk had remained a largely rural county, with many of its formerly important coastal ports having found themselves depopulated or lost to the sea as was infamously the case of Dunwich.

The Borough of Ipswich had been largely independent of Suffolk for certain administrative functions and had been reliant on boarding it’s papers out in various asylums. Ipswich had developed sufficiently by 1870 to require the construction of it’s own asylum. The vast expanses of agricultural Suffolk did not however develop in the same fashion despite the railway builders attempts to provide access.

Finally with Victorian expansion of towns and villages and a subtle rise in the population of the county further additions were to prove necessary and the architectural firm of John Giles and Gough, later Giles, Gough and Trollope were engaged to further develop the complex. Additional ward pavilions were developed on the male and female sides in stages. These followed a variation of the Broad Arrow or Echelon complex recently commenced at Coney Hill Asylum for the County of Gloucestershire.

As previously, development proved slow with one pavilion for each sex provided initially in 1885 along with a water tower, laundry and combined kitchen and recreation hall block, with a further two blocks added the following decade. A further period of construction occurred between 1902-4 with a final two ward blocks, isolation hospital, bakery, butchers, boiler house and mortuary. Housing for various levels of staff was provided with cottages on Upper Melton Terrace for married attendant’s, and a new home for the Superintendent. The driveway to the Yarmouth Road was realigned south of the original formation and a new Lodge and gates provided with similar erected at the secondary gate onto Lodge Farm Lane. The growth of the asylum in this period resulted in the need for a larger chapel, which was positioned in a southward extension of the burial ground.

The local government act of 1888 and subsequent reforms saw the abolition of the former Hundreds and brought about the creation of the County Councils of East and West Suffolk who effectively became joint owners, by proportion, of the Melton Asylum.

During the Great War, inmates were received from the Thorpe Asylum, which was to be used for military casualties as the Norfolk War Hospital. Old animosities between the two counties were once again aired when tuberculosis claimed the lives of a number of the Norfolk group who were strictly segregated from the Suffolk inmates. The surviving Norfolk contingent, albeit reduced in numbers were returned to Thorpe after the war.

Interwar development at what was now known as St. Audry’s Hospital, was somewhat limited and no admission hospital complex or aspiring villa colony was laid out. Recreation facilities were developed on the female side of the grounds which later included tennis courts and a bowling green. The male side offered a cricket pitch for sport, No colony for mental defectives had been developed and instead the County was reliant on former Workhouses and the Royal Eastern Counties Institution at Colchester for this form of institution.

World War II saw comparatively less disturbance to staffing and relocation of patient’s than experienced in World War I although the hospital was experiencing some of the highest occupancy rates it had ever been subjected to. After WWII the hospital passed from the East and West Suffolk Councils to the Suffolk Mental Hospital Management Committee along with St. Clement’s in Ipswich. The estate was further developed with the development of 8 staff houses at South Close, near the South Lodge and bordering the original House of Industry Burial Ground, long disused. The open grounds east of the main frontage of the hospital were utilised from 1966 to form a 9 hole golf course for use by the hospital and its staff. Further integration with St. Clement’s hospital occurred when the HMC was abolished and replaced by the East Suffolk Health Authority, which encompassed the management of both sites.

Given St. Audry’s vast and aged complex, remote from major centres of population and with limited transport links, St. Clement’s was chosen for future concentration of services and development. Long stay and elderly patients were concentrated at St. Audry’s and as they were discharged or died the hospital gradually shrunk with wards merging and closing in the process. A museum celebrating the progress of the asylum and illustrating different forms of treatment over the lifetime of the asylum operated from 1974 to 1990 and formed a sizeable collection of artefacts.

Full closure of the site took place in 1993 and thereafter services were concentrated at St. Clement’s, various acute units at the counties’ general hospitals, in continuing care facilities or in the community.

After closure the site was developed for housing by Hollins Homes who undertook restoration and refurbishment of many of the buildings as well as constructing new build residences. The old House of Indusry, the 1844 extensions and the 1890’s pavilions have been retained as have the two detached chapels and mortuary. Both the superintendent’s residence and adjacent Isolation hospital were to be used as office accommodation. The lodges and staff housing have been sold off and are now privately occupied. The hospital golf course was purchased by it’s members and continues to function. New housing occupies the site of much of the service area and recreation grounds. 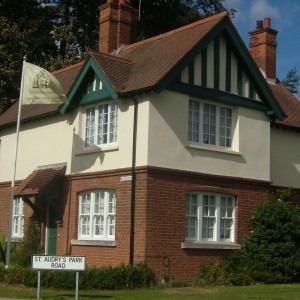 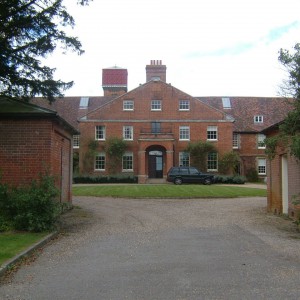 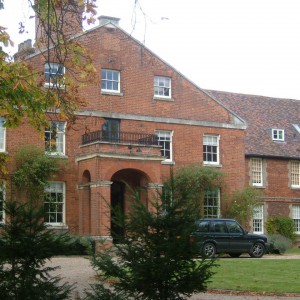 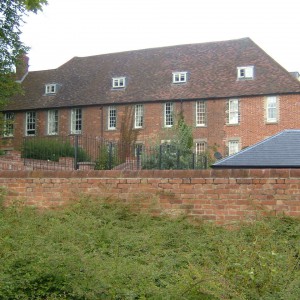 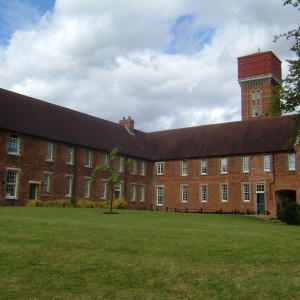 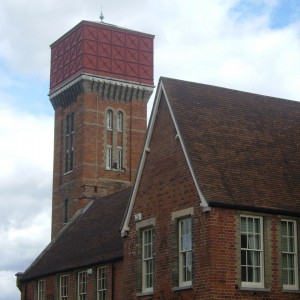 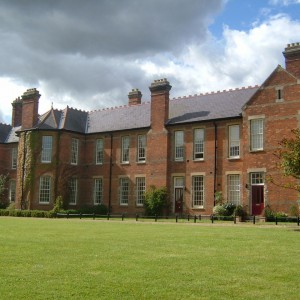 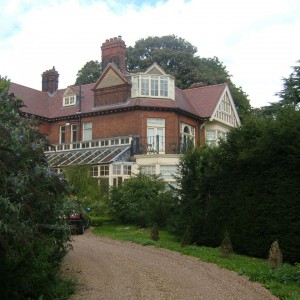 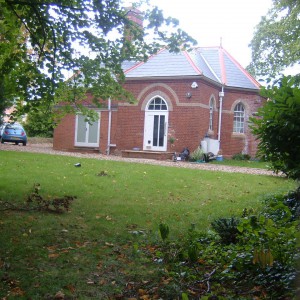 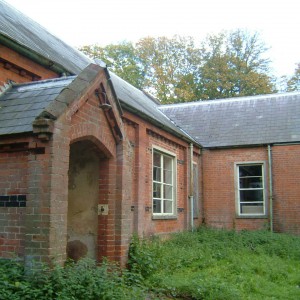 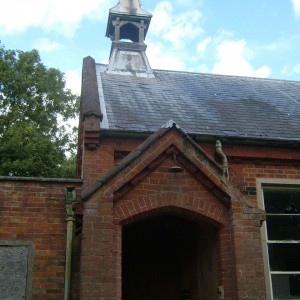 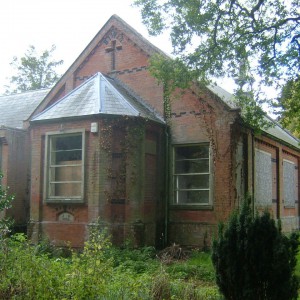 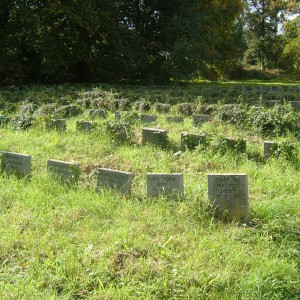 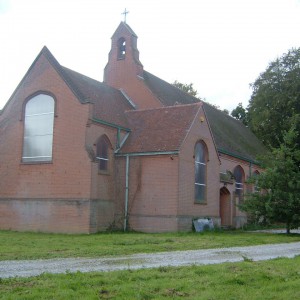 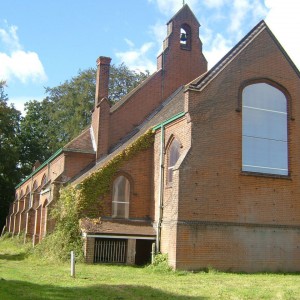 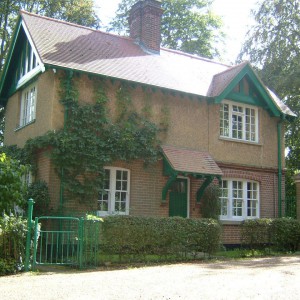 The Workhouse – Loes and Wilford Hundred