The Coppice was built as a result of the dissolution of the agreement between the County and Borough of Nottingham and the charitable subscribers who had supported the financing of the Sneinton Asylum since it’s creation. The result was that Sneinton passed to the local authorities as a pauper lunatic asylum and new accommodation was to be sought for charitable and private cases that remained there in the intervening period.

A hilltop site was selected at an area of St Ann’s to the east of Nottingham known as The Coppice and part of Coppice Farm (later Top Coppice Farm) was purchased. Access for visitors and officials was provided via a sweeping drive from Coppice Road (renamed Ransom Road in interwar years) protected by a gate and lodge cottage. Goods and service used a drive to the north of the site meeting Coppice Road adjacent to the farm.

The architect selected for the works was Thomas Chambers Hine, a particularly successful and prolific local architect who carried out numerous schemes for public buildings, churches, schools, commercial structures and private residences in the Nottingham area. The time at which he was responsible for The Coppice Asylum was particularly busy with a number of structures for the Great Northern Railway including their main station at Nottingham London Road and goods warehouse. T.C. Hine seems to have limited his asylum works to this location although he had also designed and implemented a significant expansion to the Nottingham General Hospital in 1854. His son, George Thomas Hine was however to become the most prolific and notable architect of lunatic asylums and had originally been articled to his fathers practice.

With the foundations being laid by the Duke of Newcastle on 30th October 1857, T.C. Hine provided a design to the corridor plan, with a central administrative block also incorporating the chapel, superintendent’s residence with male and female wings to either side, stepped in response to the sloping nature of the site. The design was primarily in the Italianate style, but with mullion windows to the central section and rough faced stone blocks to the basement levels. The attic storeys were formed of decoratively shaped gables providing bedrooms for attendants and nursing staff. The building was finished in red brick with decorative patterning and string-courses. To the rear lay the airing courts for each side.

The asylum was opened 1st August 1859 with patients relocated from the Sneinton site with over half the institution’s capacity of 60 being admitted by the end of the year. Conditions were improved from those at the old asylum as the Coppice had been built specifically for the fee paying and deserving charitable classes to recover in a more comfortable environment, without the pressure of space of numerous pauper inmates. By 1863 however, available space was exceeded and internal reorganisation was required to accommodate and additional 8 patients to the existing capacity. By the mid 1870’s the same problem returned and by 1880 plans were in place to add a further 40 beds, divided between each sex with a new boiler house to supply the larger premises.

The extensions were not to be designed by T.C. Hine, but his son G.T. Hine with whom he worked until his father’s retirement in 1890. G.T. Hine had already begun his asylum work with his Nottingham Borough Asylum at Mapperley, which had also separated from the Sneinton premises. The new patient accommodation comprised of two wings to the rear of the building. Unlike the earlier sections, fewer windows were round headed, using more functional stone lintels, which were characteristic of many of Hine’s commissions. The rough-finished blocks were also omitted and the structures were of two storeys only.

These additions formed the last major expansion of the site for over 90 years. The Coppice Asylum remained a small provincial asylum accommodating mainly private patients with means to pay for more, averaging between 100-120 bed capacity. Although most convenient for those of the local area, patient’s could be received from anywhere in the country. With the expansion of the Nottingham Borough’s Mapperley Asylum in the late 1880’s and the replacement of Sneinton by the Notts County Asylum at Radcliffe on Trent, more space was available in a better quality environment. The result of surplus space at the pauper asylums increased their ability to receive out of county and fee paying patient’s themselves which provided competition to The Coppice, reducing the need for any further growth.

As a private asylum, The Coppice was not included in the clustering of psychiatric institutions into groups to release sites for use as War Hospitals, the Notts County Asylum at Radcliffe being the local asylum selected for the purpose.

Although still independent in the interwar period, the development of the National Health Service after World War II made future prospects for private asylums difficult with the prospect of competing against nationalised health provision, which was free at the point of need. As with many subscription institutions, The Coppice opted to become part of the NHS rather than attempt to retain its autonomy. Top Coppice Farm was however demolished and it’s grounds turned over to allotment use.

With two large local mental hospitals in the area, The Coppice maintained a small bed capacity and continued to provide for fee-paying patients but within the NHS. These patients typically formed a significant majority of the inpatient population and went some way to supplement the funding of services.

By the late 1970’s much of the surrounding area was already developed as housing, and part of the allotment land not already developed was used to develop the Springwood Centre. This was a large single storey block adjacent to the back drive (now Ransom Drive), which provided a selection of recreational, occupational therapy and day hospital facilities.

By the 1980’s, the service provided in the main building was being wound down, with it’s 4 wards gradually being closed. Patient numbers fell with rehabilitation and resocialisation services as patients were either resettled in the community or removed to nursing homes or other hospitals. With the Trent Area Health Authority approving closure of the hospitals remaining beds in December 1984, the local Nottingham District Health Authority oversaw the winding up of the hospital in 1985. The Coppice was the first of the three Nottinghamshire mental hospitals to close, assisted by its small size.

The premises were sold for residential development in May 1987 for £450,000 and over the next two years, the structure was converted to housing with utility areas demolished for parking spaces. Access to the site was solely from Ransom Drive by this time as the winding, steeply graded front drive was left to become impassable through the wooded surroundings and the lodge sold privately. Aside from replacement windows, the building remains in good condition and retains a unified appearance despite internal subdivision. The grounds form private gardens for the block. The Springwood Centre remains in use by the local authority as a day facility for people with learning disabilities. 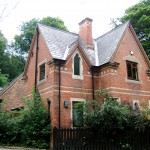 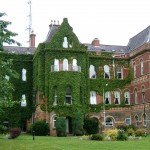 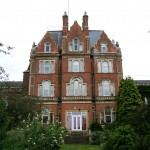 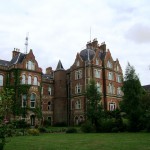 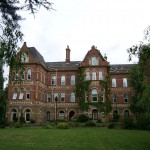 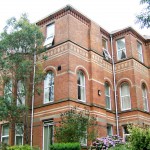 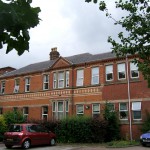 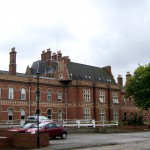 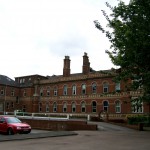 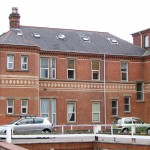 The National Archives – The Coppice Hospital (held at Nottinghamshire Archives)

The National Archives – The Coppice Hospital (held at Kew)