In August 1772 an advertisement was placed in the York Courant for those interested in being involved in a project to erect an asylum in York. Dr A. Hunter expressed his support at this first meeting and later became the first physician at the Asylum. A target of £5000 was suggested for construction. Dr Hunter and the Lord Mayor of York began to search for a suitable site for the new asylum. Locations next to the County Hospital on Monkgate (established 1745), Straker’s Garden on Bootham and a plot on St Marygate were all rejected.

The same year a newspaper article entitled ‘Reasons for establishing a Lunatick Hospital’ was published. These included the ‘relief of unhappy sufferers’ and outlined the lack of provision in the area. In the 1770s there was little suitable provision for mental healthcare, the author excluded both the workhouse and County Hospital as viable specialist options. The nearest asylums were in London, Manchester and Newcastle but were already oversubscribed.

By July 1773 the initial £5000 was raised by subscription, following two appeals to the public. The subscription boards that still exist in the Board Room were erected in recognition of this local generosity. In August of that year two committee meetings were held to make the intinal choice of the site, which was outside of the city walls at Bootham Bar on low-lying, poorly drained land. £1000 was required to purchase the site. At these meetings the plans of the architect John Carr were also approved and by January 1774 advertisements were placed for craftsmen to build the Asylum. Work commenced in February and continued into March, when subscribers were once again appealed to for more funds.

The Asylum was designed by John Carr with facilities for 54 patients. The first buildings on the site consisted of the principal hospital building and a detached service building to the north. The principal building was a classical three-storey red brick building with a central pedimented entrance with Tuscan columns and above the entrance was a round colonnaded turret. John Carr was the principal practising architect in York at the time of construction. He served as Mayor of York in 1770, took a prominent role in civic life and had a reputation as a competent designer and architect. Carr was working on the County Assize Courts in York at the time but had also previously built a Grandstand on the Knavesmire and Fairfax House in York. Other projects further afield included Harewood House, Kirby Hall and Leeds Infirmary.

Construction was slow and dragged into 1777 due to money shortages, which led to further public subscriptions. A meeting in August agreed that the currently complete rooms should be immediately opened for patient admissions at 8 shillings a week. In November 1777 the firrst patients were admitted.

With Thanks to ‘Rebecca Burrows, Purcell’ 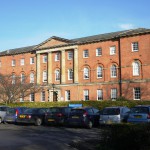 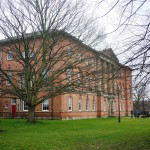 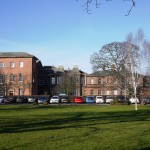 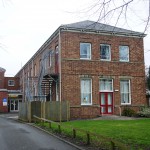 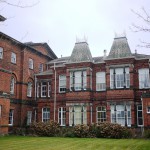 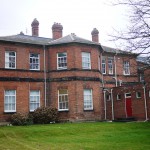 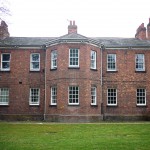 With Thanks to ‘Rebecca Burrows, Purcell’ 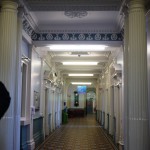 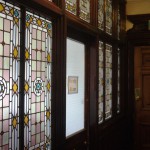 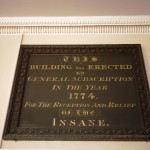 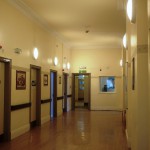 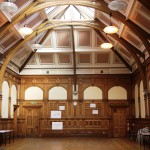 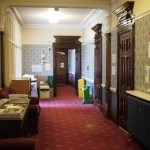 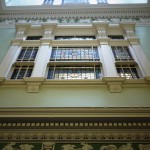 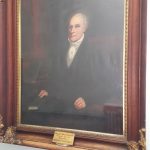 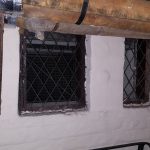 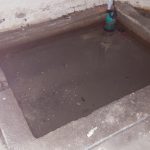 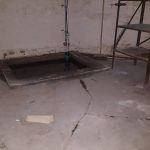 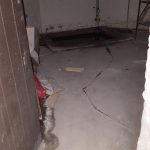 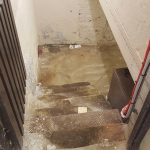